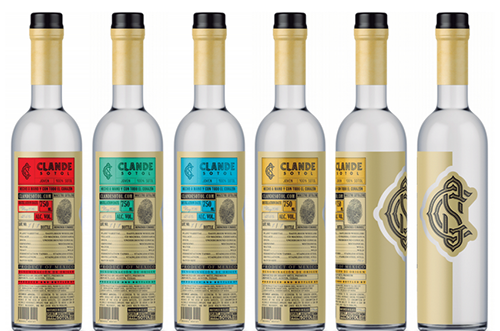 Part of the fun in sharing my Agave picks with you each month is getting to try (or try again) some great spirits.

One of the lesser-known but still amazing spirits from México is Sotol. Sotol is not made with the Agave plant, but the process is similar to the production of Mezcal.

Sotol is made with the Dasylirion Wheeleri plant, commonly called the desert spoon, or spoonflower plant. This plant is in the Asparagaceae, or Asparagus family. It’s considered a desert succulent and grows wild in arid regions ranging from Texas to Southern México. To be labeled ‘Sotol’, it must be produced in the states of Chihuahua, Durango or Coahuila.

Most of the Sotol imported to the United States comes from Chihuahua. There are mere dozens (as opposed to hundreds) of Sotol producers in this state, most creating small batches of artisan spirits.

Up until about 30 years ago, the Mexican government made it difficult for the native Sotol producers to bring their product to market because it favored luxury brands. Finally, through perseverance of the small farmers and those who supported their efforts, Sotol was legalized.

Clande Sotol is presented in a stunningly beautiful bottle. The paper is clearly hand-made with fibers running through it. We looked for information about the origin of the fiber and were unable to ascertain what plant it came from, but we suspect the desert spoon plant is at least in part represented in this gorgeous label. The logo is die cut, which gives the bottle a unique appearance. The back of each label has detailed information about the specific batch.

Sotol Clande is a co-op formed from producers across the state of Chihuahua. Each family has their own special recipe, handed down through many generations. In fact, Sotol in this region has an 800-year history. Clande hopes to bring a ‘single-village’ business model to the United States, with each expression representing a specific family recipe, terroir and ingredients.  Native people often cooked a number of plants in their recipes – whatever grew nearby would end up in the mixture. Clande has set out to honor the original methods of creating Sotol and supports the rustic custom of roasting the piñas like Mezcal in wood smoke and distilling in copper.

Founder Ricardo Pico believes that the distilled spirits of México are sacred when they are part of the culture and people of a region.

This artisan Sotol is not inexpensive – it takes up to 22 years for the desert spoon to mature, and it flowers only once in its lifetime. Each bottle of Clande Sotol contains an entire desert spoon piña, which grows up to 5 feet tall and 6 feet wide. Clande is working to develop methods to create a plan of sustainability so the desert spoon is never over-harvested.

Aromas, Flavors, and the Magic of Food:

We tasted the Clande Bienvenido Fernandez, Eduardo Arrieta and Chito Fernandez. In each, the aroma and taste of the soil was readily apparent – in fact, an expert could likely tell you exactly what region and family produced the Sotol.

The Bienvenido Fernandez was smooth and earthy – with strong herbal notes.  We loved this with a spicy fish stew – each brought out the flavor in the other.

The Forest variety, Chito Fernandez, brought to mind pine, cedar and a quiet forest floor of leaves and needles. It was strong and sharp – a fascinating, almost medicinal flavor that couldn’t be forgotten. This was amazing with a Tlayuda topped with black bean paste, lots of earthy mushrooms and spice.

Clande Eduardo Arrieta was soft and herbal, with a strong finish. This paired beautifully with a traditional corn cake dessert which was only mildly sweet – the flavors were wonderful together.

I invite you to come experience the wonders of Clande Sotol – it’s part of the history and passion of my beautiful culture.