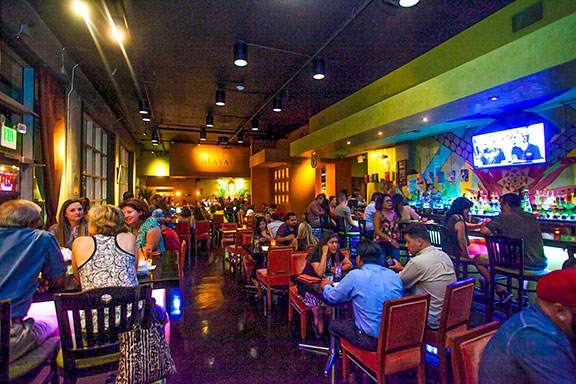 When people migrate (whether voluntarily or not) they bring their traditions and foods with them. After all, when you’re in a new land familiar foods can make you feel more at home.

For centuries, people have come to México – through a sense of adventure, desire to conquer, during wars, and as slaves brought to do the work no one else wanted to.

I’ve always thought the influences of other cultures have elevated our food, making it even more layered and flavorful. Creative Mexican cooks took the newly introduced flavors and invented many of the dishes we love today.

These are a few of the more notable influences on modern Mexican cookery:

The Moorish influence began with migration of people from Mauretania in what is now North Africa. Many people from Algeria, Western Sahara, Tunisia, Morocco, Niger, and Mali emigrated to the Iberian Peninsula, bringing an amalgamation of foods from the Arab world.

Some of today’s favorite Mexican dishes can be traced directly to Middle Eastern cooking. Stuffed vegetables, such as Zanahoria Rellenas (stuffed carrots) were a staple in the Arab diet. In fact, the name Zanahoria is derived from Isfariniyah, the Moorish/Arabic name for carrot.

Another Mexican dish, Albóndigas (meat ball stew) was derived from Al-Bundug (hazelnut balls) brought by Muslims from Baghdad to Andalusia and then brought to México by the Spaniards.
The Spaniards introduced these influences with them through their existing dishes as well as bringing unfortunate people from the Middle East to México as slaves when they came to conquer the ‘new world’.

The Moors brought with them sophisticated methods of large-scale irrigation, helping the Spaniards grow many plants and trees which prior to their migration were not practical. In turn, the
Spaniards adopted these methods and introduced them to the Americas, bringing to México the ability to cultivate and grow crops with greater success.

In Puebla México in the 1930’s, Lebanese immigrants brought their beloved Shawarma – lamb roasted on a spit and served on thin pita bread (pan árabe).

The dish was quickly adopted in México and was called tacos árabes. The meat was not marinated, and was served in a flour tortilla.

As the use of an upright grill became more widespread, marinated pork replaced the lamb and onion and cilantro were added. The Taco al Pastor was born. Interestingly, no one seems to know where the Pineapple came from.

The French invaded México in the 1860’s for an influential, though brief time. They brought with them a love of crepes and bread, leaving México with many examples of the Art Nouveau architectural style and the love of bread in the form of Bolillos and Teleras instead of Baguettes and French rolls.

Telera rolls are famous for the Torta Ahogada (literally translated to ‘drowned cake’). Mexican
cooks also added lime and beer into sourdough starter to create the Telera rolls, which are softer on the inside than traditional sourdough rolls and crispy on the outside with a slightly different flavor. The
Torta Ahogada is a spicy, meat filled sandwich ‘drowned’ in salsa. Its history is even more fascinating
than the arrival of the French.

Crepes outlasted the French in México, with a now-traditional dish of crepas con cajeta. A dessert crepe
served with sweet, caramelized goat’s milk and topped with nuts, it’s a perfect ending to a great meal.

The Spanish brought with them dishes that originated on the Iberian Peninsula (see ‘Moors’) as well as those which had been integrated into their culture by the influences of the Middle East and Europe. They brought cattle which influenced development of Mexican cheese and other dairy. Rice is said to have been introduced by the Spaniards, although it’s possible rice was brought to Spain via Asia.

Barbacoa, often purported to have originated in México, actually came from Barbados in the Lesser Antilles, West Indies. Food historians believe that the native Taino people first used green fig branches for cooking. They marinated foods in tropical herbs and spices, to impart flavor, but also to help preserve them.

The Taino called these foods ‘barabicu’, which meant ‘sacred firepit’; over time becoming Barbacoa. Originally made with marinated goat, Mexican cooks adapted and used other meat, such as beef. It’s been made many ways, with spices and marinades based on what was available.

Barbacoa still refers to meat slow-roasted in a fire pit, though Mexican cooks use leaves of the Maguey (Agave) to cover the meat.

A blend of Mexican and European cultures (primarily Spanish), the Meztizo combined foods of the Yucatan with some of the cooking styles brought by the Spanish, including elements such as escabeche, Relleno sopa, corn porridge, cochinita pibil and tamales.

These are just a handful of the more influential world influences which shape the Mexican dishes you love today. When you are enjoying your favorite dishes at Mayahuel, think of those who came before to the new world of México and shared meals with those they loved – just like you