The myths and legends of México have been shared by storytellers for centuries. In many cases, there are multiple versions of a myth, such as this one about the origins of the Agave.

Long ago, when we were ruled by the seasons and feared the Gods, a young and very beautiful Goddess lived. She was the subject of much speculation – how could there be such a beauty, and why did she live in seclusion?

Ancient life was filled with rituals and passion. The Gods were equally mercurial – they fell in love and felt the rage of jealousy, experienced joy and sorrow, and had the power to rule the Earth and all its’ inhabitants. While 400 drunken rabbit Gods cavorted in the thirteen Heavens and Metztli delivered Luna each night to light the dark sky, young Mayahuel was hidden in a far corner of the universe by her jealous and possessive Grandmother, Tzitzímitl. 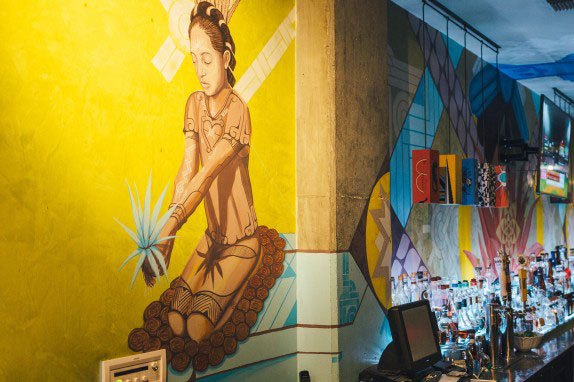 Young Mayahuel longed for love and passion in her life. She dreamed of romance, of rescue, of escaping the terrible confines of her secluded prison. She sat at the edge of a cloud every night and sang a song both alluring and filled with sadness.

The Serpent God of the Wind, known as Ehecatl, heard her siren song on the wind he sent to the four corners of the universe. Mesmerized, he followed the sound until he found beautiful Mayahuel. He instantly fell madly in love with her. His passion untamed, he curled his breeze around her body, caressing her. Floating on the air of Ehecatl, Mayahuel slowly danced with him until they became one. Each night they met, and each night they traveled on his soft breeze until she no longer returned to Tzitzímitl’s home.

Tzitzímitl was enraged. In her heart, she knew that trying to stop passion was impossible, for when it appears it is stronger than all the heavens combined. She plotted to kill the lovers.

Aware of Tzitzímitl’s plan, Ehecatl quickly enveloped Mayahuel in a powerful embrace of wind and swept her to Earth. As they embraced, their bodies melted in passion until they became a beautiful plant with many green spires to symbolize their ascent to the heavens and spikes to keep the furious Tzitzimitl away.

As a Maguey, their beauty shimmered in the hot desert; their passion still evident in the lush, water laden spires. When Tzitzímitl found them, she wielded her sharp machete as she cursed the power of love and swiftly cut the Maguey in half. Rage-filled destruction ensued, as she cut the plant into tiny pieces, which she cooked until it became a broth she fed to her legions of demons.

But in her haste, she missed a small, beautiful green spire and left it to dry and wither on the desert floor. Ehecatl swept the spire on his strong breeze and planted it in the rich volcanic soil. Overcome with grief, he shed great tears bestowed on him by Tlaloc, the God of Rain. Resolute in his grief, his tears gave sustenance to Mayahuel, and the spire transformed into a Maguey so beautiful it overwhelmed the Aztecs when they saw it.

Mayahuel re-awakened as the Maguey (Agave), and from that moment has been a symbol of passion and transformation as an elixir of a culture created around magic and love. 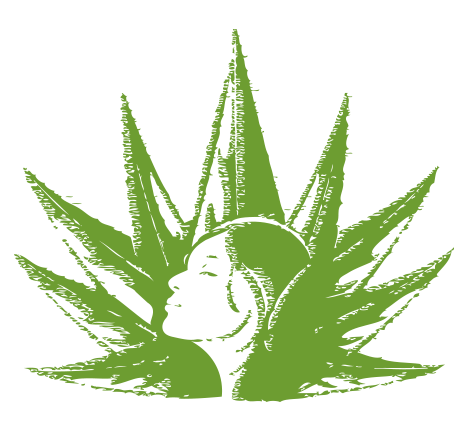 The equally interesting scientific explanation for the proliferation of Agave

The Trans-Mexican volcano belt runs from Jalisco to northeast Michoacán, and includes southern Guanajuato, southern Querétaro, México State, southern Hidalgo, Puebla, and Tlaxcala, to central Veracruz. One of these volcanos, the Volcán de Tequila, last erupted around 220,000 years ago, sending volcanic ash and mineral-laden lava flowing to lower lying areas. Although this volcano is now considered extinct, there are several volcanos in the region, including Volcán Nevado de Colima which is still very active.

This rich soil, a combination of arid clay and volcanic deposits, is perfect for the Agave, as is the climate. The higher elevation soil near Jalisco contains more red clay, and the lower elevations contain a higher concentration of volcanic soil, giving each a distinct terroir. You can thank Nature – and volcanos – for the glass of Tequila you’re enjoying.