Please pardon our newsletter error – to continue reading the article click on title:

My Acceptance to Culinary Institute of America

“Come for a meal – experience a culture”

Mexico has brought so many foods to the world – Corn, chocolate, vanilla, a variety of beans, squash, peanuts, cashews, tomatoes and many types of chiles are just a few. Each region has creatively produced dishes from those foods that grew plentifully.  (See our article on ‘Foods of the Aztec’.)

This month, we are going to explore the exquisite, unexpected beauty of Huitlacoche. Originally used by the Aztecs, Huitlacoche (from the Nahuatl word cuitlacochi, meaning Corn Smut) Huitlacoche is a fungus that grows on Maize. There’s really no nicer way to say it. One can’t help but wonder about the first Aztec who decided to eat this. Did the others stand around in awe waiting for the brave consumer to have an out-of-body experience?

Once it was clear that the first Aztec to bravely consume Huitlacoche didn’t suddenly start acting strangely or develop new powers, everyone agreed. The stuff was really good!
The fungus on developing corn cobs attack the kernels from the inside, causing them to swell up into galls, which develop much the same as mushrooms.

For use as a food, the galls are harvested while still young, gathered just two or three weeks after the fungus appears. At this stage, they still retain moisture, and impart a mushroom-like, savory, earthy flavor with hints of corn when cooked.

It’s feared by corn growers in the US and other countries, but treasured in México. A number of years ago the secret got out – it tastes wonderful, and it turns out it’s actually good for you. Huitlacoche contains high amounts of Lysine, an essential amino acid that serves as a building block for protein.

Huitlacoche entered the American Restaurant scene in 1989, when the James Beard Foundation featured a Huitlacoche dinner, prepared by Chef Josefina Howard of Rosa Mexicano Restaurant. Chefs who were present began to experiment with Huitlacoche, using it in tacos, omelets, succotash, Chorizo, and fish.

Once they began to try this delicacy, Foodies fell in love. It’s now on menus all over the world.  It’s been called the ‘Mexican Truffle’, which sounds far more appetizing than corn smut.  In fact, an article in Food and Wine Magazine this year announced that 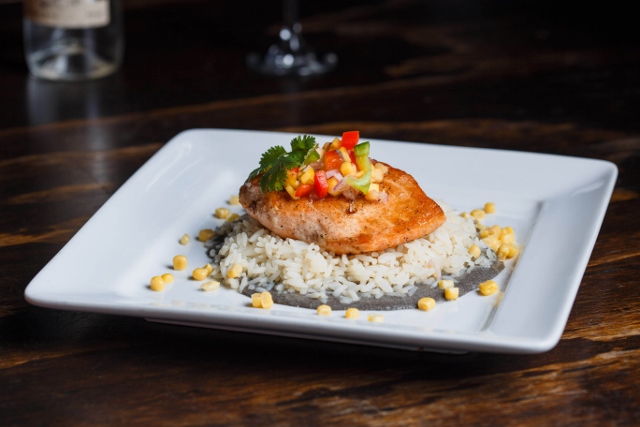 “Huitlacoche is the Next Big Thing”.

At Mayahuel, we love Huitlacoche – and find it’s especially flavorful with fish. Our Chefs developed Salmon en Huitlacoche, which is a Salmon fillet grilled, then baked to retain moisture and flavor, served on a bed of huitlacoche sauce, sprinkled with fresh corn, all on top of white rice. Truly a dish to make an Aztec Warrior proud.

We particularly love this dish with a glass of Mezcal Vago Elote, a small-batch artisan Mezcal Espadín to which toasted corn is added after the second distillation. The corn is infused for days, and when the Master Mezcalero feels it’s ready, he separates the corn from the Mezcal and distills for a third (and final) time.

Vago Elote imparts an aroma of smoky toasted corn and has flavors of green tropical fruit, honeycomb, papaya, corn and a bit of smoke.  Truly a delightful pairing we think you’ll love. 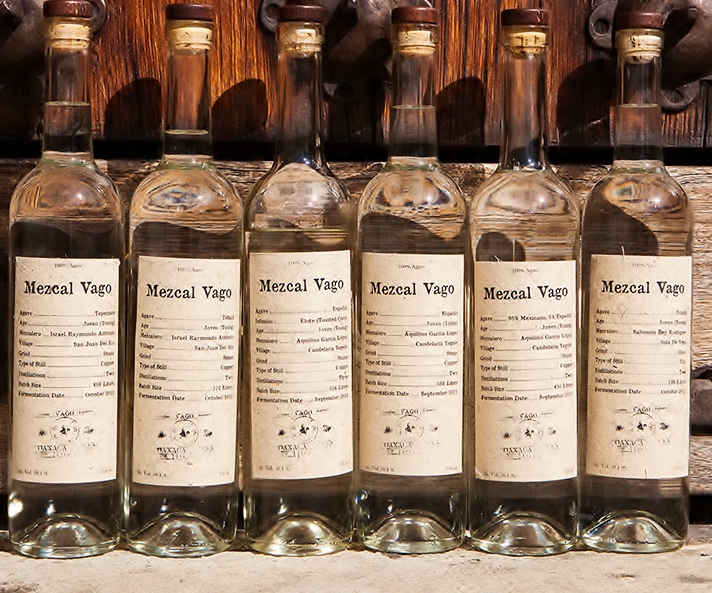